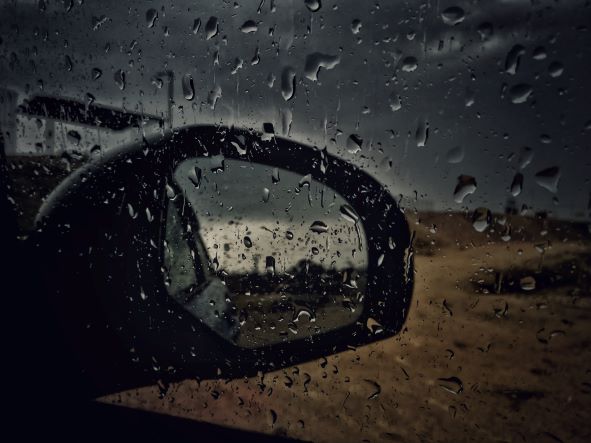 The pricing environment currently facing insurance businesses is the personification of a ‘perfect storm’. And for Stephen Kennedy, director of insurance pricing at Pearson Ham, the current conditions are showing the most significant volatility he has seen in his 20+ years working in the pricing industry. There has always been a regular underwriting cycle that has become shorter over the last few decades, he said, but while the frequency of that cycle has increased, he has not seen anything quite like the current environment.

Even without the pandemic, Kennedy noted that the regulatory reforms sweeping the insurance sector between the FCA’s ban on general insurance price walking ban and the Ministry of Justice reforms each constitute as substantial changes with resounding knock-on impacts. To have so many factors all happening at the same time has made for a very unusual time.

Yet, while the last year or so has been quite hectic, he said, it has been rewarding to be in a position of supporting clients in understanding what each regulatory change means for them and in helping them to determine the different strategies required to respond to changes in the market. For Pearson Ham as a pricing consultancy firm, this has meant more than just discerning market insights but also developing these further to generate recommendations for clients.

A key component of this has been finding new ways of sharing its findings, and the business has utilised a variety of channels, during lockdown including regular webinars exploring market updates. Touching on the firm’s most recent webinar, Kennedy highlighted some of the key factors behind the current pricing tumult.

“We’ve seen a massive price deflation within the motor insurance market,” he said. “At the beginning of last year, there were actually some increases coming in, after a short period of deflation towards the end of 2019. In terms of profitability, we were at a point where the prices needed to come up as the combined ratios were over 100% so, from an underwriting perspective, the industry was loss-making – the point at which the cycle usually turns.

“At the beginning of the year there were several storms so prices in January/February did start to go up a bit, then the pandemic hit. This caused disruption and uncertainty and prices increased into March, a lot of which was around logistical challenges. So, we did see either prices increasing or quotability dropping, not due to profiteering but rather as insurers tried to stem the number of calls coming to their centres.”

When it became clear that the volume of traffic usage had dropped substantially, prices started to come down significantly across the sector. From March through to the rest of the year, he said, competition intensified with the vast majority of insurers reducing their prices, but they were still not getting the volume impact they expected from this reduction. This led to bigger price reductions, only buffered by the reduced claims frequency being seen, which then began levelling off a bit towards the end of the year.

And then the FCA’s announcement on banning dual pricing came out in September, he said, which caused many providers to pause for thought as the question of how this ban would be funded came to the fore. From his overview of the market, Kennedy has seen some insurers initiating something of a “land grab” before the new regulations are implemented in a bid to bring in as much new business as possible while they still have a differential between new business and renewal pricing.

“So it’s just a case of who’s got the nerve to carry that on, and how much they’re willing to invest in doing it,” he said. “I would expect there to be more of a levelling off because of the easing of restrictions. If people are starting to get back out onto the road, then the ‘benefits’ of lockdown are going to be quickly diminished. I think there’s probably more nervousness now about putting that level of price-cutting in.”

The market is currently down about 15% in terms of premium year on year, he said, which is particularly significant in light of the regulatory change around pricing and the chunk of profit this is going to take out of the market once people can no longer be overcharged at renewal. The FCA’s ruling is a nuanced consideration, he said, because the facts of the matter show that six million people are being overcharged which needs to be addressed. But then this only represents about 20% of the market, which means that 80% of the market is either paying the right amount or being undercharged.

“The FCA has also estimated that insurers and intermediaries are investing around £2.3 billion into acquiring new business,” he said, “and that cost will have to be borne by somebody, by all customers, if they aren’t able to use the overcharging of renewal customers to cross-subsidise it. So, in terms of fairness, it’s the right thing to do, but it does mean that everybody else is going to have to pay for that and I think that’s probably something that’s been missed a bit. In terms of what happens to industry pricing, new business prices will have to come up to rebalance what’s happening at renewal, and it’s just a case of when that happens.”

Pearson Ham, which keeps a close watch on what insurers’ requirements are both in terms of understanding regulatory changes and in developing strategic objectives, is now seeing a lot of demand from insurance companies looking for a viewport on their competitors’ moves and insights into when the market starts to move up. Nobody wants to be the first to move, Kennedy said, particularly in a market that’s so reliant on price comparison websites and where price elasticity is so high.

A very small price change can move an insurer from position one to position 10 on these sites and if you’re outside of the top four or five, you realistically won’t be able to sell almost anything, he said. Nobody wants to be in that position, even if it’s going to be for a short period which is why there’s an increased demand for market price tracking. Insurers are keeping an eye on competitors moves, what segments are being targeted and, increasingly, on the lifetime value of customers.